Automated transformation in technologies has been becoming steeper. The solid grounds of the digital world have outmatched all the other ways. The digital world is moving supersonically, and there is no stopping at all.

Companies and enterprises of all sizes have been amazed by the advancements and impacts of transformed technologies in all domains. The rapid transition to digitalism is a proven example of this.

Docker and Kubernetes have changed the paradigms with easing ways and bringing fast pace in the process in the world of containerization and orchestration.

The data-driven technologies and cloud-native trends have stormed the world. The introduction of artificial intelligence in different business domains has shown the business world what it would look like to be part of the automation journey.

Modernized, enhanced, and productive containerization and orchestration have been grown and eased with the adoption of automation and cloud computing. Cloud-Native Computing Foundation (CNCF) surveyed in 2019, and it was found out that 84% of the containers are running in production.

Another research presented that advancements in technology like Docker and Kubernetes are the most used and adopted technologies. It is estimated that by 2020’s end, they would surpass other technologies with a CAGR (Compound Annual Growth Rate) of 40%.

According to research, container technology like Kubernetes and Docker are likely to surpass other cloud-enabling technologies by the end of 2020 with a CAGR of 40% and hit $2.7 billion. 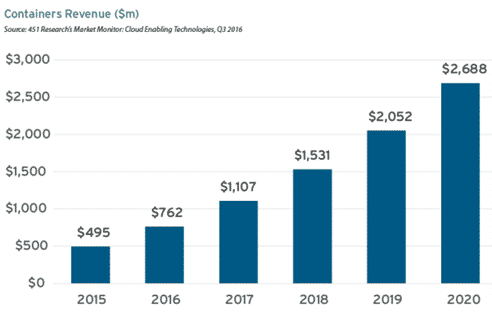 Why Docker And Kubernetes Are Important In Automated Transformation Journey? 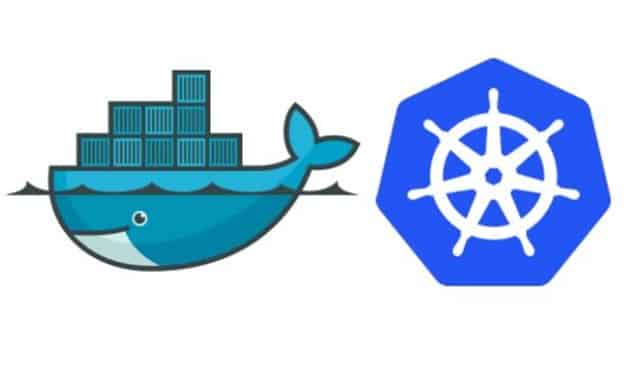 It has been estimated by 451 Research that by 2022, the projected market of containerization will hit $4.3 billion. The below-mentioned facts and information will guide you on how Docker and Kubernetes work in automation.

Don’t hassle and make mistakes in buying the best software for your business. Read the following and decide accordingly.

The world has past those days when applications and their dependencies were manually setups on different physical systems to develop, test, and make it available. All the constraints and hardships with physical systems came to an end with the introduction of virtual hardware in containerization.

With advancements and the introduction of Docker, the world has an enabled platform that allows us to package the applications in a container, for example, like a VM (Virtual Machine). 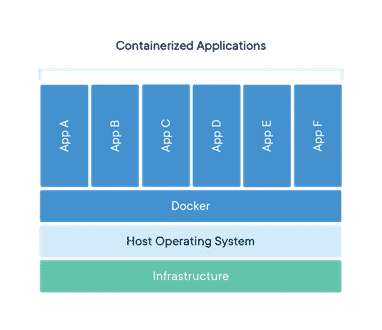 Containerized applications’ infrastructure has Docker App from A to F with a strong Host Operating System.

Still not getting the explanation? Here is a simpler version. Docker is the process of building and packing software and its dependencies so that the performance of application runs quickly and reliably from one operating system to another Development, Shipment, and Deployment.

The Nitty-Gritties of Docker Automation

Docker allows you to create and use images, volumes, containers, plugins, networks, and other highly productive tools in the automation journey. 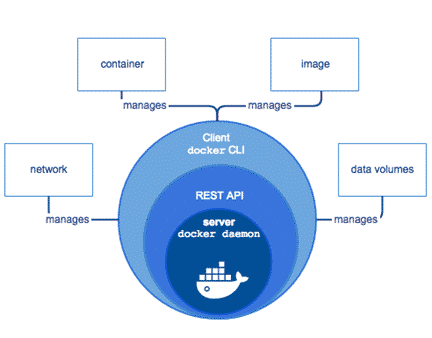 Docker builds, runs, and shares the containerized apps from the initial process that is ‘desktop’ to the final ‘cloud.’ Docker understands and uses the client-server architecture in the following way: 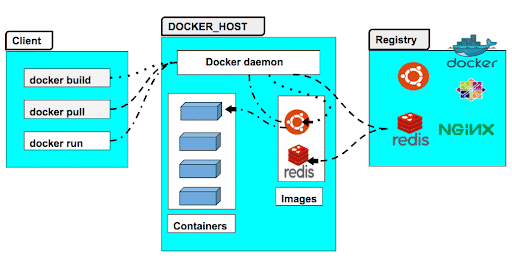 Things to Know About Kubernetes

Let’s keep it simple. Kubernetes often called with a short-name (K8’s), is a portable, extendible, and open-source platform that helps manage the containerized workloads and provides extensive services.

Kubernetes facilitate automation by configuring it with state-of-the-art functions. It is a powerful and strong content management tool that gives automation in container management and orchestration.

Kubernetes has a vast and extensive ecosystem that provides services, support, and readily available tools and is unmatchable. According to the 2019 survey of Container Adoption, it was found that 65% of the developers and IT specialists use container orchestration tools as their first-picked choice for advanced options. 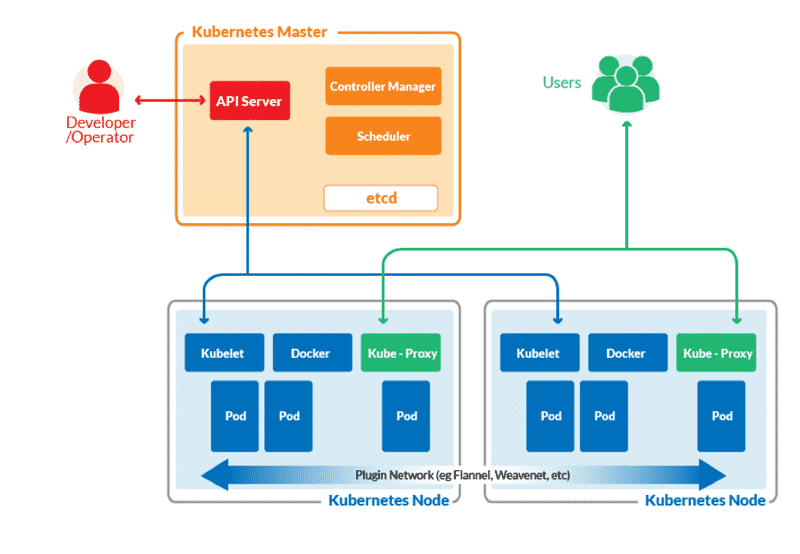 Kubernetes allows you to go back in time. Let’s see how!

In the early days, systems run on physical servers. The functions were different.

The replacement for the traditional physical server was the Visualized deployment era.

Container deployment is very much similar to a virtual machine system. It has eased the operating system (OS). With the advent and implementation of Container Deployment, containers become lightweight.

How Does Kubernetes Assist in Transformation?

You always need to run the applications and ensure your hardest that there isn’t any downtime. For instance, if one end goes down or tripped, the alternate quickly hijacked and continues the process without any interruptions.

Kubernetes designed to rescue and pledges to provide a quality framework that works efficiently to run the systems resiliently. It also ensures to manage canary deployments for your course at great ease.

Kubernetes provides you with high-quality options such as;

How Docker and Kubernetes Work Together in Automation Transformation Journey? 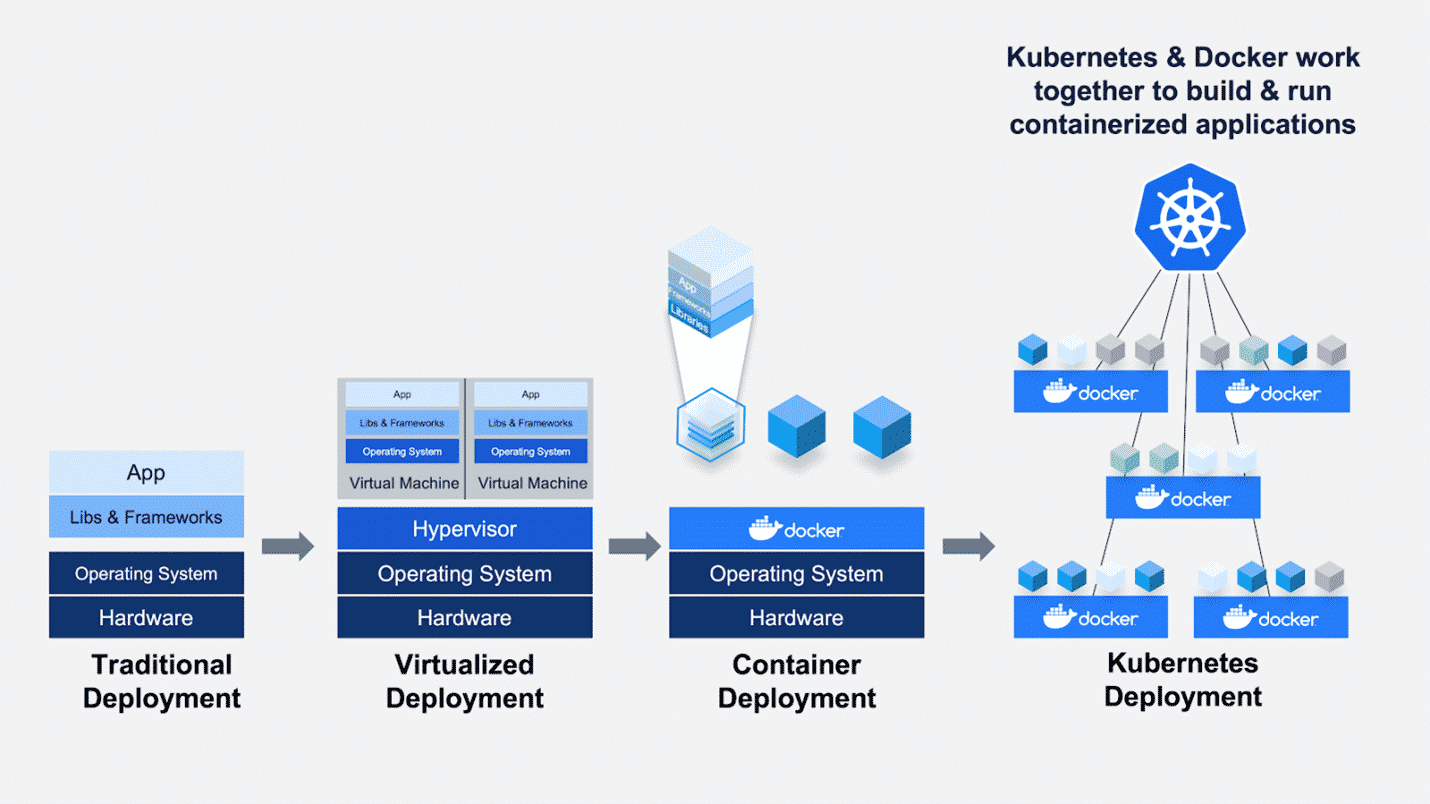 Docker and Kubernetes in Production

Docker has the best software delivery approach. It is marketed and presented as a software packaging and delivery mechanism. With the adoption of Docker, automated bills have been made easy and accessible.

Docker-compose has standardized the complex multi-container deployments. Docker has made complete CI/CD solutions easier for engineers and developers as it gives explanations for testing Docker images and manages public and private Docker registries.

On the contrary, Kubernetes has freed the container’s reliability on just a single computer. The accessibility is given on multi-platforms. It has been estimated that containerization will become the must-applicable norm for every cloud-dependent service. In a nutshell, adopting and integrating both can help you achieve cost-effectiveness and also lower the risks.

Microsoft, Google, and Amazon are competing to get the highest place in this cloud computing era. The significant evolution has changed the paradigms of the technological world.

Kubernetes is the choice when you deploy your software in the cloud as it gives notable cost-reduction by providing the same large open source. With this, you can easily understand the proceedings going on in detail.

Docker and Kubernetes are effective for a two-way approach. Even businesses of small or medium sizes and developers can scale their applications on different platforms.

Both Docker and Kubernetes work well for your operating system. But that surely doesn’t mean that both have to be placed with the same proportion. They both like to work differently in their streams.

A container doesn’t only need a CPU and some memory to be stored in. Both work differently. For example, Kubernetes ensures that each pod must freely communicate with other pods in the cluster. Whereas Docker helps create a virtual network topology, you have to specify which network you want your container to connect to.

It is quite obvious that Docker is the top-choice and offers more benefits. If you run your application on a Docker container, it also works well with Linus and Illumos-based operating system. The illumos-based operating system breaks down your application into several micro-services; thus, this micro-service can be packaged as a Docker container.

Containerization and orchestration are impressive. They allow us to think in a new and strategized way. Both Docker and Kubernetes are undergoing a regular transformation to stay updated with the recent trends to remain aligned in the future.

Samantha Kaylee is presently working in the Digital Marketing Team at Dissertation Assistance, a top-picked platform if you plan to write essay for you. She has been working with magnificent people who are well-versed in digitalism. She likes reading and writing. In this blog, she elaborates on another technological front.

10 Productivity Tips for Notetakers In 2022

What Is Work Breakdown Structure & How To Optimize Your Performance Using WBS?

What Does PMO Mean? And Its Role in Project Management?